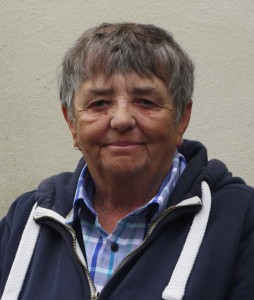 Elizabeth Hare was born and grew up in the south of England and moved north to Lancashire in 1980. She has been writing, for performance and, latterly, poetry for more than  thirty years.

In 2012 she self- published her first pamphlet Out of the Ordinary. This was followed in 2015 by her second pamphlet Gardening with My Father (Hen Run, July 2015). In 2019 she published Testimony, the first of her two pamphlets for Wayleave Press.

Her poems have been published in Artemis, Dream Catcher and Envoi magazines, and on line by Second Light. Her poem 1962 was shortlisted for the Bridport Poetry Prize in 2013, as was Visiting the British Museum in 2015.

In the years since retiring from being a full time academic she has taught creative writing for the Open University and given readings and community workshops in various settings, including the 2019 Kendal Poetry Festival.

She is available for workshops and to give readings. Please get in touch for more information.